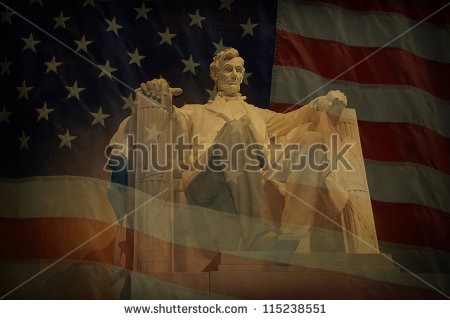 On this day in 1862, President Abraham Lincoln issues a preliminary Emancipation Proclamation, which sets a date for the freedom of more than 3 million black slaves in the United States and recasts the Civil War as a fight against slavery.

This writing was of great importance, to our struggling nation, to the slaves in the United States, and to oppressed people throughout the world.  It took great courage for Abraham Lincoln to pen this proclamation amidst the political culture of his time. It was far from universally accepted even among his own party.  And sadly he didn’t live to see the benefits from this, though we are still trying to sort out the full realization of this measure at time even today.

People have been oppressed since the beginning of the human race.  Often times it comes about as a result of war–the victorious army taking the defeated people as slaves.  Sometimes it comes about from political pressure without the need for war.  Communism is a good example of this.  Sure there have been plenty of wars to advance communist ideals, but often a party rises up in a struggling country and takes over the government from within, ultimately leading the people into oppression.  In the case of the African slaves, they were just rounded up by the Europeans, boarded onto boats, and sent across the waters to England or America to work for the wealthy land owners.

Although Abraham Lincoln made his proclamation freeing all people, we still have terrible issues with slavery in our world today.  Not everyone enjoys the same freedoms.  The are countless women and children subjected to the horrors ofsexual slavery.  There are still people groups oppressed by others who don’t see their equal standing. There are still others who are slaves to their own beliefs about themselves, and people enslaved in poverty, to addictions, and to lies.

I want to challenge each of you to find a place to fight against slavery where you are.  Take some effort to emancipate those around you.  If you are a slave to limiting beliefs find someone who can walk with you as yountryntomfree yourself from these and realize your true worth and value to society.